Philosophy Q and A 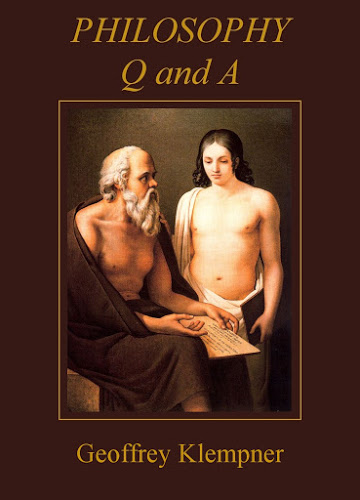 Academic philosophy woes
Agreeing to disagree
Atheism as the best explanation
Being in two places at one time
Capitalism and the poverty of desire
Choosing your own reality
Collingwood on absolute presuppositions
Definition of a solipsist
Degrees of agreement
Does knowledge entail certainty?
Eliminating the masses
Ethics and advertising
Ethics and suicide
Ethics of monetary interest
Exact meaning of 'philosophy'
Existentialism and advancing years
Explaining time to a 10 year old
Gifford Lectures Russell never gave
God, ethics and Euthyphro's dilemma
How our dreams can change us
How to prove your free will
Human test tubes
Instinct and epistemic luck
Is Socrates the wisest man?
Is anatomy destiny?
Is the world created by our minds?
Jobs for philosophers
Knowing the limits of knowledge
Knowledge and pragmatism
Life in a well-oiled machine
Making sense of the world
Metaphysical explanations
Morality of the moral philosopher
Nietzsche: If truth be a woman
Nothing is what it seems
On identity and belonging
On the existence of holes
On the idea of international law
On the obligation to testify
On the possibility of comparison
Origin of ethics and moral values
Personal survival
Philosophy as a process
Point of being a philosopher
Possibility of non-existence
Pragmatism, induction, and belief in God
Presentism and the cosmos
Proofs in metaphysics
Putting oneself before another
Quid est ergo tempus?
Realism, idealism, solipsism
Rescuing capitalism
Rewiring the brain
Selfishness as a virtue
Semantics of 'except'
Sophistry, wisdom and wonder
Suitable work for a pessimistic misanthrope
The benefits of war
The case for idealism
The egocentric predicament
The elephant in the room
The end of religion
The fear of death
The fierce urgency of now
The philosopher as entertainer
Thought and language
Uniqueness of the self
Uses for the dead
Vacuum of a posteriori thought
What a philosopher might think about
What any god can do or know
What is a goy? joke
What is the point of living if we're going to die?
Where ignorance is bliss
Why is the sky blue?
Why people die
Wiggins on the Ship of Theseus


Ask a Philosopher was launched in 1999. In the beginning, I was the only philosopher answering questions. A year later, I had been joined by a panel of experts helping me out with answers on every conceivable philosophical topic. Since then we have seen numerous changes to the panel of Ask a Philosopher, but I have continued my regular contributions right up to the present day. For this collection, I have gathered together my answers posted between 2009 and 2011. The questions have been re-arranged in alphabetical order. In the text, there are references to my books The Metaphysics of Meaning, Na√Øve Metaphysics and Ethical Dilemmas. All are available on Amazon Kindle. There are also references to my blog The Glass House Philosopher. For the latest questions and answers, please visit the 'Ask a Philosopher' page at http://askaphilosopher.wordpress.com.
Geoffrey Klempner

Geoffrey Klempner
I am an independent philosopher, author and founding member of the International Society for Philosophers. I received my D.Phil from Oxford University in 1982. In 1995 I founded the Pathways School of Philosophy which has attracted students from over 90 countries. I currently have fifteen books on Amazon in Kindle and paperback format. Besides philosophy, my other main interest is creative photography. You can view some of my photographs at cameradreamer.net.